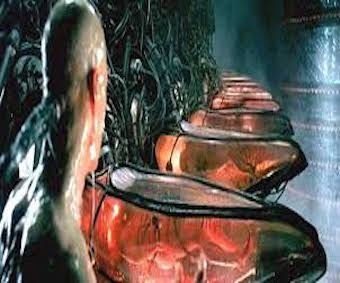 Excerpt from “End of the Road for the Germ Theory” by Fergus Frank, 9.5.21: https://forlifeonearth.weebly.com/end-of-the-road-for-the-germ-theory.html
In the late 1920s, Royal Raymond Rife invented a microscope called the Rife Universal Microscope, with which he was not only able to see microzymas, but was also able to observe the life cycles of microorganisms:
A major upshot of Rife’s work was his ability, through several pleomorphic stages, to transform a virus he found in cancer tissue into a fungus, plant the fungus in an asparagus-based medium, and produce a bacillus E. coli, the type of microform indigenous to the human intestine. This was repeated hundreds of times. By this accomplishment, Rife showed that the pleomorphic capacity of microforms goes beyond the bacterial level to the fungal level. Dr. Young* has observed this cycle, and is suggesting that its progression to the last stage – mold – is critical. And he includes in this cycle the very important stages intermediate to microzymas and bacteria, the protein complexes usually referred to as viruses, and their immediate descendants, the cell-wall deficient forms detailed by Lida Mattman, Ph.D. * R. O. Young, S. R. Young (2010) The pH Miracle. Hachette Publishing, New York, USA.
Mushrooms, bacteria and graphene to produce electricity
Setas, bacterias y grafeno para producir electricidad
https://www.elindependiente.com/futuro/investigacion/2018/11/07/setas-bacterias-y-grafeno-para-producir-electricidad/
They create a symbiosis of fungi and bacteria capable of producing electricity and conducting it with graphene.
The world of graphene is a Lewis Carroll universe. This supermaterial of the future lives in wonderland for now, as its industrial implementation is expensive and complex. But the laboratories continue to give birth to thousands of applications. In this case, literally: a bionic fungus to produce electricity.
In the quest to replace fossil fuels, science is always looking for alternative sources of energy that do not harm the environment. But who could have imagined a mushroom that produces electricity? Thanks to electricity-producing bacteria, researchers at the Stevens Institute of Technology (US) have created a symbiosis of mushrooms, which serve as a home for cyanobacteria printed on a 3D network of graphene ribbons, which collect their electricity.
3D printed bacteria and graphene
The cyanobacteria are able to release electrons during photosynthesis, while the fungus provides them with food and moisture to generate their bioelectricity.
A wider mushroom network could light up an LED bulb.
To realise their bionic mushroom, the researchers 3D printed an electronic ink containing graphene nano-ribbons on the cap of the living mushroom in a branching pattern. They then printed a biological ink containing cyanobacteria on the cap in a spiral pattern, which intersected with the e-ink at multiple points.
At these sites, electrons could be transferred through the outer membranes of the bacteria to the conductive network of graphene nano-ribbons – the electrical wires, so to speak. A current of about 65 nanoamperes is generated. Although this current is insufficient to power an electronic device, the researchers say that a wide variety of bionic fungi could generate enough current to light an LED bulb. The researchers are now working on ways to generate higher currents using this system.