Skip to content
Energy weapon targeting La Palma could trigger a tsunami and kill millions
We know these weapons exist.  We know they have been used before.  We know that there is an ongoing, intentional genocide aimed at the Christian countries.  Already, up to 5 million people may have been murdered by the deathvaxx with many more millions yet to die.  Genocide is genocide and the oligarchs are set on taking out as many people as they possibly can by any means available.  Their stated aim is to reduce the world’s population to 500 million people.  In that, they will not succeed, but …
It looks like La Palma is being targeted by an energy weapon designed to deliver 500 km3 of rock into the Atlantic, which could wipe out America’s east coast, as well as the coasts of West Africa, Spain, France, Portugal, Ireland, Britain and Scandinavia.
Hal Turner Radio Show: EVIDENCE THAT LA PALMA ERUPTION & EARTHQUAKES ARE ARTIFICIAL ATTACK!: https://halturnerradioshow.com/index.php/en/news-page/world/bulletin-evidence-that-lapalma-earthquakes-are-artificial-attack
European-Mediterranean Seismological Centre (EMSC) map: https://www.emsc-csem.org/Earthquake/Map/gmap.php (zoom in on La Palma to see the regular, artificial grid pattern)  It would be a good idea for them to explain the regularity of these patterns, which are not replicated elsewhere on their maps, where earthquake patterns are irregular and random. 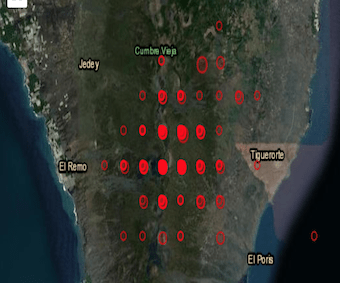 La Palma Mega Tsunami.mov. This is based on the Ward and Day scenario of 500 km3 of rock falling into the Atlantic: https://www.youtube.com/watch?v=Zb4T8a1K5tw  (and see article at https://electroverse.net/intensifying-seismic-crisis-at-la-palma-volcano-mega-tsunami-potential/)
(Heights in metres) 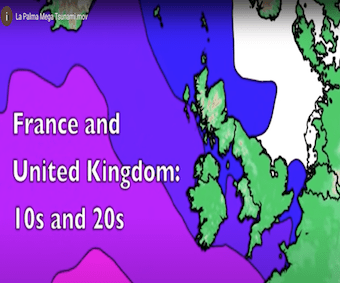 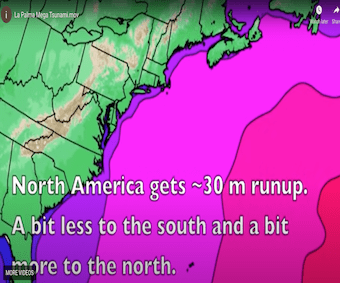 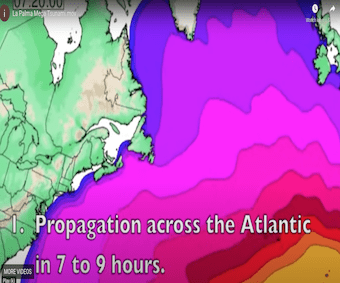 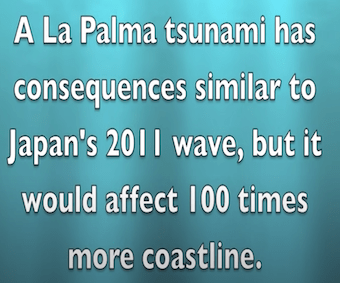 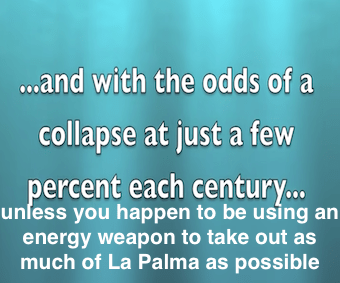 La Palma landslide tsunami: calibrated wave source and assessment of impact on French territories, 10 Nov 2020: https://nhess.copernicus.org/articles/20/3019/2020/ – based on 80 km3 scenario. HOWEVER:
“On the other hand, the extreme scenario of 450 km3 as studied in Ward and Day (2001), Løvholt et al. (2008), Abadie et al. (2012), and Tehranirad et al. (2015) has not been computed in the present. This extreme scenario, however, remains possible as evidenced by the volumes of the deep water deposits identified in Masson et al. (2002) around this archipelago. Nevertheless, we focused on the 80 km3 as it is consistent with the size of the deposits identified at the toe of the volcano, possibly corresponding to its last massive flank collapse (about 300 000 years ago). 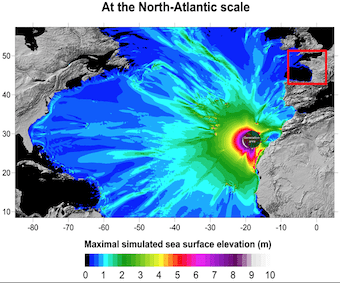 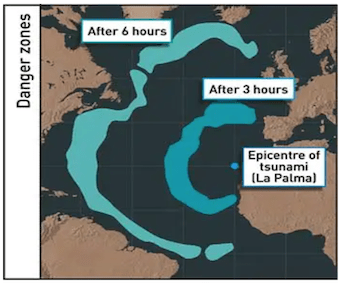 The swifter flow of lava from the Cumbre Vieja eruption means that the affected area has now grown to 595 hectares, according to local reports. Experts are unsure how long the eruption may last, but estimate anywhere between one and two months, or perhaps even longer. 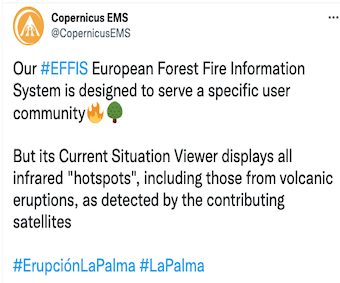 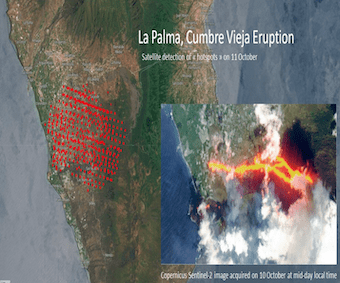