Skip to content
What hope is there for the deathvaxxed?
If you listen to my latest For Life on Earth Show, you will find a full explanation of what the vaxx really is and how it is intended to function.  Luciferase is only a minor part of the problem.  It is an operating system injected into the body to produce a new species of cloned humans. Towards the end we discuss what hope there may be for people who have been stupid enough to take this death shot.  Is is a choice: people may have been coerced but they still had the possibility of saying no and relinquishing their jobs.  I think the biggest problem we have on this planet is people’s unwillingness ever to take responsibility and their preference for playing the victim and blaming other people. If people took responsibility, we would not have the terrorist “governments” we have, nor the slave system that we live under.  This is changing now and we have this genocidal conspiracy to thank for that.
The FLOE Show 10: (THIS IS A WORLD EXCLUSIVE) Hydra Vulgaris is an operating system in a human clone experiment to breed new hubrid race: https://rumble.com/vnzhxd-the-floe-show-episode-10.html?mref=6zof&mrefc=8  This is new information that has not come out anywhere else and was tracked down by Dr. Ariyana Love, who read 30 scientific papers to discover and understand exactly what the deathvax is and how it is designed to function.
I figure that if people have not had symptoms after receiving the vax, then they have had a placebo and not the real thing.  There is anecdotal evidence that many people received a placebo.  First rule of genocide: don’t kill all the people all at once because they might catch on.  So they are doing it in stages and capturing a certain number of people at each round.
I posted an explanation last night giving an indication based on the VAERS data of just how many people may have died in the US so far.  The figures for vax deaths have increased 5,427% following Covid shots: https://www.redvoicemedia.com/video/2021/10/5427-increase-in-deaths-following-covid-shots-revealed-by-phd-researchers-analysis-of-vaers-data-video/.  However, even this figure is misleading as it is generally acknowledged in the literature that voluntary reporting systems such as VAERS and the British Yellow Card Reporting system obtain reports of only 1% of deaths and injuries.  We can be sure that this is the case since fifth-column doctors and nurses are not reporting deaths and injuries to the systems despite having a legal obligation to do so.
Swiss Research is reporting 50,000 deaths according to EU, UK and US reporting systems, which, based on the 1% figure, represents 5 million actual deaths: https://swprs.org/covid-vaccines-deaths/.  And that does not include deaths in other parts of the world, of course.  The target of the genocidists is to reduce the global population to 500 million but in this they will not succeed.  There are likely to be 1 billion deaths in the coming months and these will be hidden by governments by, for example, quarantining the healthy, unvaxxed population, as is now being proposed in Austria, passed by a new law announced this week.  However, it will be clear how many people have died because it will be obvious in the workplace, in the community, and in terms of the numbers of cars on the street, for example.
The target countries for depopulation are the Christian countries, which are also the most-developed countries, as can be seen from the map below, which was formulated based on the depopulation targets for 2025 published on the Deagel website and since deleted.  The main targets are the UK (-78%), Ireland (-75%), the US (-70%) and Australia is scheduled for a 40% reduction.  These, however, are their targets and they will not reach them. 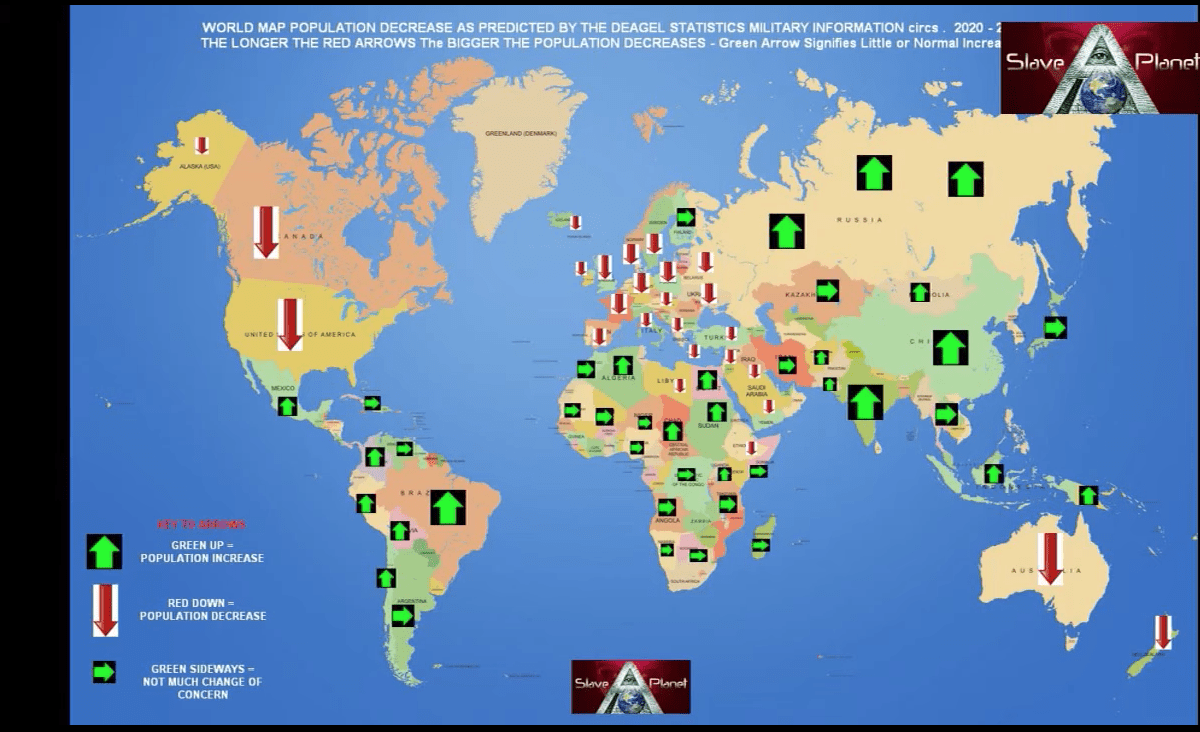 My estimate is that they have actually vaxxed only around 50% of the world population, and of course many of these people will have had the placebo.  I also notice how many people are refusing to take another vax after suffering from the first or second one (see light green sections in chart below). 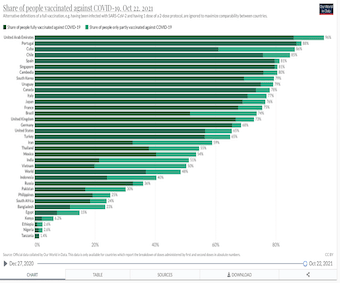 Source: https://ourworldindata.org/covid-vaccinations
48.4% of the world population has received at least one dose of a COVID-19 vaccine.6.82 billion doses have been administered globally, and 23.89 million are now administered each day.
Only 3% of people in low-income countries have received at least one dose.
As to what can be done for vaxxed people, this is difficult to say when you know what has been injected into them (see the FLOE Show above).  They would need to detox the graphene oxide (NAC/glutathione possibly, and chelators such as zeolite), then build up the immune system (NAC/glutathione, pine needle tea, vitamin D, vitamin C).  In terms of getting rid of the Hydra Vulgaris, I’m not sure that this would even be possible because they are immortal and multiply so rapidly, but I would suggest periodic bloodletting (by a qualified physician) in the hope of allowing the body to build up a fresh blood supply over time.  I am not a doctor so you should take proper advice from someone qualified to provide it (which is not really many people since no one, least of all doctors, have a clue about what is really going on here).
There is also a product called ASEA which reportedly helps a lot with rebuilding the body to fight against the vax effects. I would also not discount the power of prayer.
Dr Ariyana Love has provided a number of protocols for dealing with “Covid” and the vax: https://ambassadorlove.wordpress.com/2021/08/24/graphene-oxide-detox-protocols-for-the-vaxxed-and-unvaxxed/ but she published this before she discovered the information about Hydra Vulgaris.  And there are a whole range of suggestions (from doctors who understand some of what is going on) on my Health page: https://forlifeonearth.weebly.com/maintaining-your-health-in-a-time-of-crisis.html.